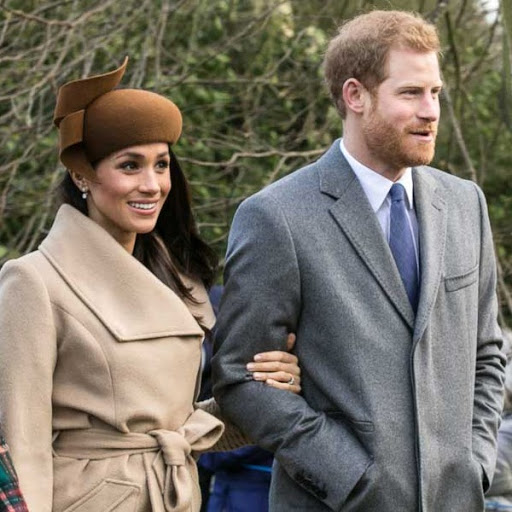 “I’ll do it,” Mr. David Sered announced to his audience of one on a cloudy afternoon. He would gladly trade places with the newly dubbed Duchess of Sussex and wife of Prince Harry, Meghan Markle. Picture it: Dave Sered—currently a high-school history teacher—strutting down the aisle to meet his much-deserved royal destiny of fortune, fantasy, and fervent fame.

“I would love to be a princess,” Sered reiterated. And—like in many royal fairy tales—his wish may come true.

Indeed, for both Harry and Meghan have decided to “step back as ‘senior’ members of the Royal Family… becom[ing] financially independent,” as the couple wrote in an Instagram post on January 8, 2020. They plan to spend their time in both the United Kingdom and in North America. While the royal newlyweds make a point of mentioning their unwavering honor to the The Queen, Harry and Meghan stand strong in their decision to create space between them and the royal regime.

Dr. Carleton Cunningham, San Diego Jewish Academy’s AP Art History and AP Government teacher, felt “shocked” when hearing the news. He explained that while he “heard that there was dissatisfaction from Meghan and Harry about the way they were being treated by the British press,” he was still stunned at their so-called “extreme measure.”

“They are prominent royals who are part of the inner core of the royal family. The idea that they would decide to not take on major royal responsibilities was a surprise for me. Also, it was surprising that Harry would do something that would cause a rift between himself and the royal family,” Cunningham said.

“If you’re going to marry a prince, you’ve got to be a princess,” Sered adds.

In addition to SDJA teachers, young American subjects are royally stumped by the whole conundrum. Josh Miller (‘21) says he is a “little confused” as to why Meghan and Harry have decided to separate. But, he continues, “they are independent and can make their own decisions.” Miller speaks personally when he remarks, “[I] would do what I knew was best for me.” Similarly, Rikki Dorfan (‘22) says she would “do what makes me happy.” Both Dorfan’s and Miller’s views on the matter most likely stem from their beliefs in American ideals—most notably the belief in freedom.

Ron Gneezy (‘21) sympathizes, “It’s a complicated situation, really. I think back to Diana, and how her fame is what got her killed.”

Prince Harry’s mother, Diana, died at the young age of 36, only one year older than Harry now. The beautiful “People’s Princess” was tragically killed in a car accident in Paris in August, 1997, likely due to the swarm of paparazzi aggressively pursuing her car.

Cunningham points out that “Harry is seeing playout again in the context of his own marriage and directed at his own wife. In a country with a free-press, you can’t control them, directly. So how can you change the perception?”

For one, Meghan Markle has become a verb for “to value yourself and mental health enough to up and leave an environment in which your authentic self is not wanted.” Harry and Meghan are receiving praise for their actions, for paving the way for change, and—as some would say— for valuing each other (and their adorable son, Archie!) over the pressing public, and the public press.

So, regardless of whether the royal Prince and Princess are ruthless rebels or radiant revolutionaries, one thing remains true: Sered wishes to take over for them.