The Majestic Art Works of SDJA

A campus tour of the artistic works that brighten our campus with vibrant radiance and mystic Jewish values.

For thousands of years, humans have been expressing themselves and drawing from their environment through art. This human characteristic has been passed down for generations, eventually lending itself to the San Diego Jewish Academy Community. With this creative outlet, our community has been able to create beautiful works of art for the school campus, placing an emphasis on what it means to be Jewish. 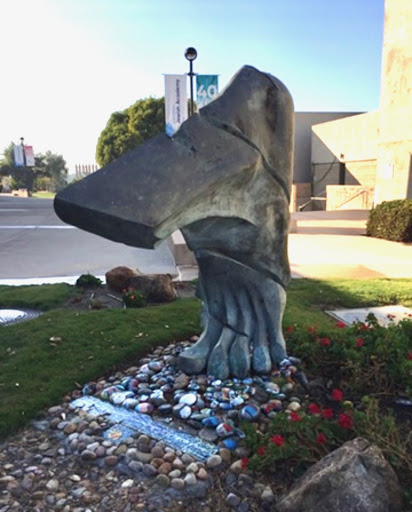 A statue of a large foot, located in the Golda Meir lower school, shows the foot in mid-step. This stepping action signifies the families who took a chance, leaving their native countries to settle in San Diego. This sculpture showcases the bravery these families demonstrated as it is a life changing move to leave behind everything one knows in their old life, and take up one that is new and foreign. The foot was originally designed and sculpted by José Sacal. He titled his work First Step, and intended the piece to be surrounded by sharp and rugged rocks to show the difficulty of making the first step as an immigrant to a new country. San Diego was the symbolism for that new country where immigrants from Canada, Mexico, South Africa, and Israeli settled. However, the school opted to replace the rocks with something gentler, grass and flowers and smooth stones being more appropriate to the elementary school setting. According to SDJA Head of School, Chaim Heller, “It doesn’t change the message of the step onto new soil for immigrants, but it doesn’t have the same association with the tragedy, pain, and suffering.” 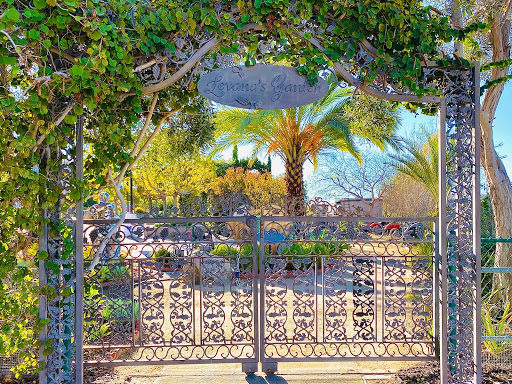 Nature, although mysterious, is a beauty that cannot go unacknowledged, especially for its artistic finesse. In the hopes of seeking this beauty on our campus, one should look no further than Levana’s Garden, across from our middle school quad. This garden doesn’t just have history, but a spiritual presence that gives its visitors a sense of well being upon entering through its decorated gates.

Upon entry, one sets out on a mystical journey with rainbow turtles, beautiful matriarchs, and symbolic quotes. With each step, they are a witness to the beauty of nature, and all of its facets. 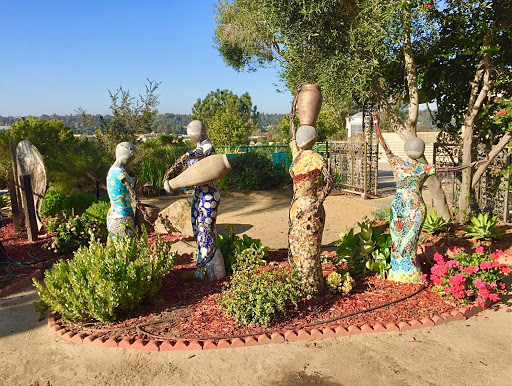 Within sight distance of The Foot, near the entrance to Levana’s Garden, the Four Matriarchs of Judaism stand in commemoration of the four matriarchs of the Torah. These include Sarah, Rachael, Rebekah, and Leah, showcasing the communal aspect of our community, as well as our journey and the survival of the Jewish people. The communal aspect is symbolized in the giving of the water portrayed by the matriarchs and how much of a role women play in nourishing our community. 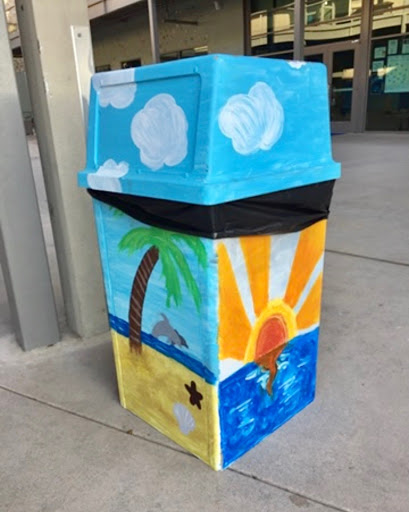 The trash cans in the Maimonides Upper School used to serve solely as the dumping grounds for trash and lunchtime leftovers. These waste containers were given little thought until SDJA art teacher Elizabeth Nebo got the idea that they might become something more than that. She saw the surface of the bins as a canvas, rather than an ordinary facility unit. Ms. Nebo, with the help of her students, busted out the paint and brushes, and got to work. This installation has inspired positive feedback from the student body, including Nathaniel Manner, who admires the “different colors and vibrancy they bring to our campus.”” 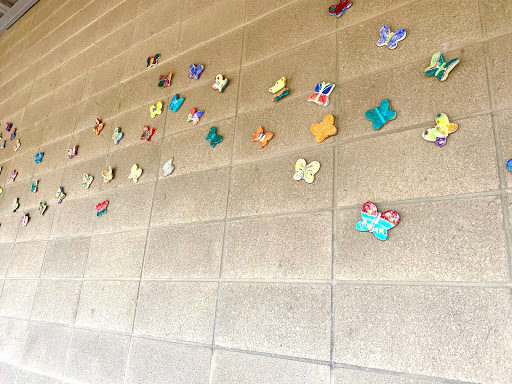 The entire SDJA campus – from the walls of the administration building to the Upper School office is adorned with butterflies. Each butterfly signifies a child killed during the Holocaust. These butterflies were created and painted by members of the San Diego community, and symbolize a project that is greater than just the SDJA community, one that includes other Jewish schools and communities. The idea for the butterfly project came from a film called Paperclip, and it spread to becoming butterflies that decorate our campus. The butterflies are some of the most popular decorations among the high school students and teachers, with Brendan Marx (’22) and Mark Zaga (’21) appreciating “all the pretty colors, and the positive essence the butterflies bring to our campus to remind us of the fallen children of the Holocaust.” 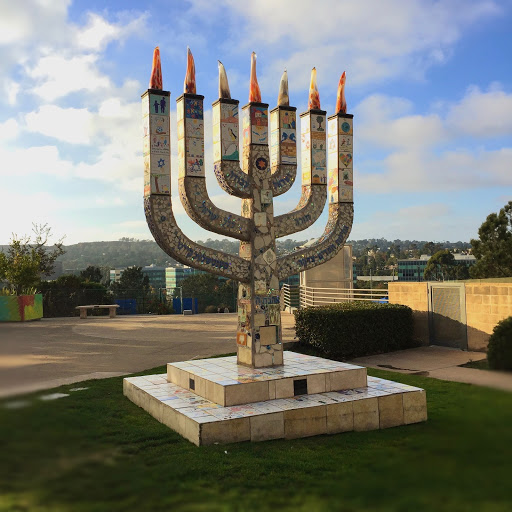 The Menorah is one the most popular defining symbols of Judaism. Its 6 distinctive branches, and middle shammash, are symbolic parts of the piece representing Jewish life. As a Jewish school, the San Diego Jewish Academy built this piece to represent our progress and Jewish identity. We began this process as one of five Jewish schools that participated in a project called Jewish Day School 2000. The idea of this program was to figure out what the future of Jewish schools would be like. At the time, the schools involved, including SDJA, vowed to create a high school as they were all K-8 schools at the time. To commemorate this dream, the schools each constructed their own sculptures with the Jewish Academy creating a menorah.

Just as the menorah commemorates this idea of Jewish progress, we ourselves can look towards the artworks on our campus, and appreciate them for their Jewish influences. widening our view by admiring their details as we migrate back towards our spiritual roots.

* All artworks photos by Brannigan Stone (’21)

View all posts by sdjajournalism